Local, but how local? 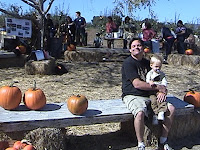 So Whole Foods has come to town. I'm not sure how I feel about this. On the one hand the spots they occupy were formerly an Albertson's and a Ralph's. Both corporate chains that were strong sellers of conventional, imported, processed, and otherwise unwholesome foods. Replacing them or preventing them from being occupied by similar type stores is a benefit to the community. Though bringing another sort of organic, sustainably concerned market into a town with several already existing small business natural foods stores could be overkill and create too much strain for such economically challenging times. My thoughts tend towards the customer service angle, in which Santa Cruz is NOTORIOUSLY awful. My mind often returns to memories of sales clerks in Melrose during the 80's when you almost had to pass a coolness/ locals scene test to be permitted to browse their selection of thrift store wares. A little competeion and training tips would not be amiss in this town. My time spent working in local grocery was to emmulate Whole Foods as closely as possible. There are reasons they are so successful. I also consider that Trader Joe's has been in town for years and no-one has gone under. They have a very similar way of making the shopper think they are getting an excellent deal on organics and natural foods, though when ever I look closer I get frustrated by freshly baked bread shipped from southern california or Organic nuts from China (California is one of the largest growers of almonds and walnuts what sense does it make to import them from China, by way of southern california first of course) and then to give the illusion of helping the local farmer. No, I gotta say Trader Joe's angers me much more than Whole Foods. Trader Joe's is owned by the 20th richest person in the world. Not some barefoot magarita drinking beach bum as they would like to portray. Enough of that!
Whole Foods is (as I found on Wikipedia)..."The company is consistently ranked among the most socially responsible businesses[5] and placed second on the U.S. Environmental Protection Agency's list of Top 25 Green Power Partners.[6]" Started by a college drop out and his girlfriend who ended up living in their store when they got eveicted. They grew fast and had problems, but in an interview with Micheal Pollan (given after the release of Omnivore's Dillema which had a fiscally negative impact on the stores) original owner and CEO John Mackey outlines how they are adressing many of the issues brought up by Pollan's book, which were representative of most peoples reservations about the chain. After watching the interview/discussion I gained a respect for John Mackey. It takes a pretty good person to face such direct criticism and to meet it with grace and take it with the proper attitude of 'okay we've messed up and lost our way, We want to be better and will try to remedy our obvious faults'.

Shopping locally and supporting locally produced products, sold by locally owned businesses and profiting local community is best. For food, in my mind, CSA is best, direct from the farm to the consumer. Then, farmer's markets selling from farm's that actually are local, organic/ sustainablly managed businesses (sometimes you do need to ask). Then small locally owned stores that uphold the beliefs the consumer shares. In this town Staff of Life wins, or the Felton or Boulder Creek New Leaf (the Santa Cruz, Capitola, Half Moon Bay stores are actually owned by a Canadian company). Then stores that pay attention to providing locally produced products, fair traded, sustainably produced, such as New Leaf and Whole Foods (I found my CSA eggs and my former co-worker who started her own business making herbal remedy items has products for sale at the new Whole Foods, I dunno if New Leaf does or not, but that represents marketing to me. I saw them at WF not NL). Then the most competetivly priced of the larger chains on items that I know to be better overall for my needs, such as diapers, I tend to end up at Nob Hill who frequently has sales of Seventh Generation diapers that brings them into the cheap diaper price range without compromising on my belief that bleached paper diapers are unneccessarily adding chemicals to a sensitive area and a land fill.
We vote with our dollars, so if I spend most of my vote on locally produced, sustainably managed, and fairly traded products, it ultimately matters most that I vote, not where.
What tends to get to me, is that almost all of the local farms are on land that is leased. The little sweet farmer you meet at the market who spends her/ his time out in the sunshine working the land protecting the sprouts from bunnies and the chickies from hawks does so while paying rent to someone else. Most of the homes in this county are owned by someone out of the area who then charges rent. Most of the foreclosures in town are being bought up by out of state investors who will turn around and bring in an out of area contracting company to build a new building and then try to sell it back into the community only to be bought by someone in Cupertino that will use it as a vacation home or rent it to college students that will come in and lower the local working wage for the rest of us that live here permanently. Argh!
Back to the Whole Foods thought...here is the link to a webcast of the dialog between Mackey and Pollan http://berkeley.edu/news/media/releases/2007/02/28_pollanmackey.shtml
Good luck in all your voting, try to keep it local, or at least in mind...
Posted by Tracy at 5:54 PM

This is where your milk came from.